I read this interesting article today regarding a new test for early stages of Dementia. It has come from Dr Andrew Blackwell who is the Chief Scientific Officer for Cambridge Cognition. 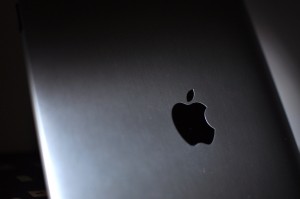 CANTABmobile is a computer-based memory test that is very sensitive to the earliest signs of Alzheimer’s and other dementias.

It runs on an iPad and from the patient’s point of view, it’s like doing a simple puzzle. You watch a series of patterns appear, remember where they were, and then touch on the iPad screen where you saw the pattern.

That sounds simple but in fact the test has been developed through 25 years of scientific research led by the University of Cambridge.

What’s new this year is that in CANTABmobile we’ve adapted the test to make it most useful, and useable, for mainstream healthcare settings such as GP surgeries.

For example, the iPad version can provide the test instructions in multiple languages, and it outputs a simple report that tells the doctor whether the person’s performance is as expected for someone like them, or whether they are at high risk for dementia and should be assessed further.

Most people experience a gradual decline over a period of several years prior to developing a full dementia. It’s in this period that CANTABmobile can detect that there is probably a problem developing, and that gives people more time to make plans and set themselves up so that they can stay well and independent for as long as possible. To read the rest of this fascinating article please visit Cambridge Cognition.