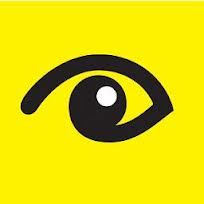 It is feared that the UK could face a “Blindness epidemic”, according to a report from the Express newspaper which reported that Britain faces a sight loss epidemic caused by progressive eye conditions.

I personally see the devastating effects this condition causes on a daily basis and this is not to be underestimated by those responsible for the care of the elderly.

AMD affects the part of the retina at the back of the eye that is responsible for central vision known as the macular and is the most common cause of age-related sight loss in the developed world.

The report was based on research that estimates the number of people affected by advanced age-related macular degeneration (AMD). It is thought to affect half of the 370,000 people registered as blind or partially sighted in the UK which is 2.4% of the adult population  513,000 cases.

AMD is a progressive condition that causes loss of vision which in turn leads to loss of independence. It is important then to have an accurate estimate of people with the condition or will develop it.

While estimates provided by this research are higher than previously, they do not represent an epidemic or an increase in cases of the disorder per se. The risk of AMD increases sharply with age and the main reason for the expected increase by 2020 is the growing proportion of elderly people in the UK .