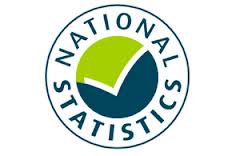 The fact is the population of the UK is growing in size and we are all living longer.

The ageing population will continue.

This population ageing will continue for the next few decades, by 2035 the number of people aged 85 and over is projected to be almost 3.5 million. 5 % of the total population.

This brings both brings benefits and challenges to society.

Up to date statistics on ageing are needed to inform policy makers and identify requirements for service delivery in key areas such as health and social care, the ageing of the workforce and pensions, housing and transport.