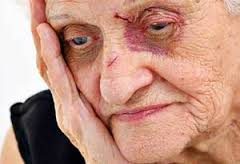 Why the elderly bruise badly

Have you ever wondered why we seem to bruise more as we age? I am always bashing myself on things and think – “That’s going to bruise”,  usually by the time it appears I have forgotten what I did to cause it !.

Because skin gets thins as we age it causes it  to bruise  more easily. In the very elderly it may take only minor bumps or brushes against something to cause bruises and it may be months before they go. Having blood taken can also make an elderly person look like they have been in the wars.

Prescription blood thinners such as Warfarin and over-the-counter medicines can cause the blood to be slow to clot.  Gingko and other supplements also affect the rate at which blood clots. When the blood does not clot properly, bruises are more likely to form. Certain combinations of medications might make patients light headed or dizzy, or reduce their alertness.

These issues themselves increase the risk of a  fall and inevitable  bruising.

Patients should discuss their medications and supplements with their doctors as they may be able to adjust the prescriptions to reduce patients’ chances of injuring themselves. They might advise patients to stop taking supplements that cause the blood to thin.

Certain blood disorders can lead to improper clotting. The blood pools beneath the thin skin and causes dark marks. When an elderly person frequently has large bruises and does not know what caused them, he or she should discuss the matter with a doctor who can check for medical conditions.

Older people can be sedentary. When muscles are not used regularly, they become weaker. Elderly people who get little exercise have difficulty maintaining their balance and controlling their movements, which makes them more likely to fall and bruise themselves.

One bruising factor  no one wants to have to consider – is  abuse.  Sadly it does occur and when someone has dementia or a reduced ability to communicate following a stroke bruises need to be accounted for