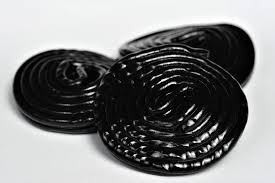 Liquorice has been known to relieve constipation, however excessive amounts can be dangerous.

Love it or hate it, liquorice has been consumed for centuries across the world. The Dutch add salt to theirs to create a salty, hard pastille that tastes nothing like to sweet sensation of a Bertie Basset Allsort. Many elderly people suffer from constipation and eat liquorice to help relieve it.

In Chinese medicine, liquorice root is considered to have strong anti-inflammatory properties and is used to treat a variety of conditions from stomach ulcers to diabetes. It is used to soothe coughs and sore throats, control blood sugar, balance hormones, heal cold sores, and treat eczema, asthma, flu, herpes, and hepatitis. Its also popularly used as a natural laxative, so it can help with constipation, and as an aid for digestive problems.

The active ingredient in liquorice is glycyrrhizin which is said to be far sweeter than sugar and causes water retention. However we have used liquorice as medicine for thousands of years.

Over-consumption  of liquorice however may cause high blood pressure, low potassium, and oedema (swelling caused by fluid retention). There was also a case where a woman was hospitalised as a result of eating too many Pontefract cakes in a bid to relieve her chronic constipation. This caused her to suffer from muscle failure and it was shown in a study by Edinburgh and Helsinki Universities that eating as little as 100g of pure liquorice a day during pregnancy can damage the brain of a foetus.