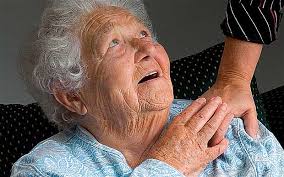 Caring for Mum and Dad. It is most people’s worst nightmare. I don’t want to be a burden to my kids and nor, do they need, or want me to be. However, people have just as much of a duty to look after their elderly parents as they do to care for their own children,  according to a health minister recently.

David Mowat made the comments alongside an admission that the government had no “final answer” on how it was going to cope with the rising costs of social care.

Speaking to the House of Commons’ select committee on communities and local government, the minister said that tackling the care crisis involved “interwoven issues” including the question of how society deals with the care of ageing parents.

“One of the things that has struck me is no one ever questions that we look after our children – that is obvious. No one says that is a caring responsibility, it is what we do,” he said.

“I think some of that logic and some of the way we think about that in terms the volume of numbers that we are seeing coming down the track will have to impinge on the way that we think about caring for our parents. Because it is a responsibility in terms of our life cycle which is similar.”

The comments come as the Local Government Association, which represents more than 370 councils in England and Wales, claimed that the social care system was on the brink of collapse. The group is warning the chancellor, Philip Hammond, before the spring budget that failure to act urgently to plug the funding gap could leave councils open to legal challenges as they fail to fulfil their duties under the Care Act.

“The intentions and the spirit of the Care Act that aims to help people to live well and independently are in grave danger of falling apart and failing unless new funding is announced by government for adult social care,” said Cllr Izzi Seccombe, who chairs the LGA’s community wellbeing board.

She said social care was not just about getting people washed and dressed but aspiring to help people live the fullest of lives and with dignity.

Speaking to MPs on the committee, Mowat admitted that demand was rising and social care would inevitably require the UK to spend a higher proportion of its overall income on supporting elderly and disabled people.

“What we do know when we look at the GDP that we spend on care, we spend more than some countries like Germany that we would consider to be comparative and more than Canada,” he said.

But he admitted the total spend would inevitably rise, partly because of an ageing population and because of rapidly rising life expectancy among people with learning disabilities whose care was very expensive.

Mowat said there were “discussions with the Treasury all of the time” about how to cope with the demand.

“Over a period of time, the amount of money our society will spend on care will increase. You then get into what the options are and that is a wider question. There have been a lot of reviews. We are unusual in Europe in that we don’t have a social insurance system or long-term savings scheme,” he said.

The minister said personally he felt that such schemes could only help in the very long term and suggested there was a more pressing need to tackle the issue, including through societal changes.

Part of the answer was ensuring that people felt the responsibility to care for elderly mothers and fathers, said Mowat. He talked about the high levels of “informal caring” that already take place, saying six million people were taking on some form of care responsibility, including 200,000 children, alongside 1.6 million full-time carers.

“Part of the solution is properly bringing those informal carers into some kind of system,” he said, highlighting plans for a carers’ strategy that could help people get back into the workplace. “If people doing more than 10 hours of care a week, it is hard to get back into work.”