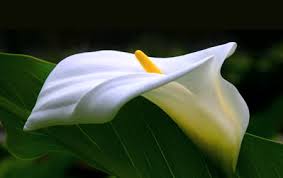 No one likes to talk about death but there is such a thing as a good death.

I am feeling reflective as I write this. I have just returned from visiting a gentleman I used to care for. He has until recent months been relatively fit and well,  managing to live at home with increasing support.

He was blighted by a sickness bug in September and since then has been unable to eat more than a nibble.  He told me today he is down to 8 st 7 .Has anyone asked him what he would like to eat? He wanted melon in hospital and melon he will now have, pureed so he just gets the taste and moisture. He is a tall man and now his previously strong legs are unwilling to support his withered frame. He said I am a “prisoner in this bed” unable to even go to the toilet unaided, his unshaven appearance added little to his diminishing dignity. His mouth was raw with thrush, he was parched. Not the woman’s man, the dancer he once was.

The care home that became his new home yesterday is a small one with vacant rooms, I only saw one carer and she was the one that let me in! It really struck me that this was where he was going to eventually end his days.

He doesn’t want to watch TV or listen to the radio, his energy and enthusiasm for life has departed long before his mind. He still knew the names of my sons and recounted moments of humour we had not so long ago shared. His room was cool and he said he was cold despite being nestled in a flowery duvet and the flowery curtains at the windows being drawn, so not his choice of decor.

I held his hand and wondered just how much human affection he would receive on his journey. Would it be just a case of waiting for God or would he have a good death ? Time will tell.

Time did tell, he danced his last dance on November 30th.  R.I.P, I miss you.x