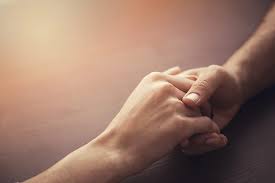 This is a very interesting initiative for people self-funding care. This article was in the Telegraph and I am sharing it here in its entirety.

Helping choose a care home for a beloved parent could be one of the most anxious times of your life. That was certainly the experience of Sue Yew, when it came to finding somewhere for her mother, Connie McCartney.

McCartney died a year ago at the age of 88. She spent six months in a residential home in Edmonton, north London, but as she had assets worth more than £23,250, she was not entitled to local authority support to cover the £700 a week in fees.

She was able to get a 10% discount, however, by using one of Britain’s first “care co-operatives”, which bring together privately run care homes and those who pay for their own care.

Joan Mansfield, a former care home inspector who is the founder and chief executive of the Care Co-operative (care-co-operative.co.uk), said self-funders have the odds stacked against them when it comes to care, as local authorities can use their buying power to negotiate sizeable discounts on the fees they pay.

Care homes recover these losses by charging private customers more — on average 43% more, according to analyst Laing Buisson. Self-funders pay an average of £36,000 a year in care home fees.

Mansfield said: “Self-funders’ fees are used as a form of taxation, subsidising the fees paid by local authorities. While local authorities with their purchasing power can negotiate substantial discounts on the cost of care, the self-funder is on their own in any negotiation and has to pay the full fee.”

There are 850,000 people with dementia in the UK who will need some form of care. This is set to rise to more than 1m by 2025 and 2m by 2051, according to the Alzheimer’s Society — and it will be the self-funders who continue to bear the lion’s share of the costs.

The Conservatives planned to increase the value of assets an individual can have before state support is withdrawn, from £23,250 to £100,000, and to cap costs, but the election result has made the proposals uncertain. Sir Steve Webb, the former pensions minister who now works for the insurer Royal London, said: “Reforming the funding of social care will almost certainly be kicked into the long grass.”

What is the Care Co-operative?
It is a network of care homes that agree to offer discounts of up to 25% to private funders who find a place via its website. The co-op was set up last year and now has 50 homes registered across the UK. There is a one-off joining fee of £19.50.

State-funded residents are still likely to pay less on average than the discounted co-operative fees, but by attracting more private funders, care homes are better able to keep their businesses going. Many have gone bust in recent years, adding to the social care crisis.

Mansfield said: “We seek to introduce self-funding care-seekers to care services that have registered on our site, giving an undertaking to discount their fees to our members. I set this up with my own money when I retired.

“Having been employed in care- related fields, I was aware of this two-tier system, which is not just unfair but has a direct impact on the quality of care providers can offer, especially if they are dependent on local authority contracts.

“We believe this service could assist in relieving some of the burden the NHS is carrying at the moment.”

How McCartney saved on care
McCartney was in her early eighties when she was first diagnosed with dementia. Yew, 64, a retired company manager from Wapping, east London, realised it was time to find residential care when her mother was 87, but found it hard to choose a home.

Fees for homes in London within easy travelling distance of her house ranged from £650 to £1,000 a week. Because her mother owned her own flat in London and had some savings, Yew knew they would be on their own when it came to funding.

She came across the Care Co-operative and through it found her mother a place in her preferred care home in Edmonton. By going via the co-operative, the fees were reduced by 10%, from £700 to £630 a week, a saving of nearly £2,000 over the six months of her mother’s stay.

The fees were funded from the sale of her mother’s flat and her modest savings. Yew said: “I have no problem with that whatsoever. Of course it made sense to use the value of her home to pay for her care. We live in a culture where you are expected to leave your children assets, but I’ve told my son to use my property to pay for my care.”

Immediate needs annuities
If you do have savings or a property you can sell to fund care, another way to reduce care fees is to buy an immediate-needs annuity.

Because this is a guaranteed income, most care homes will agree to cap future rises in care fees in return — a good way to remove a level of uncertainty about future costs.

Billy Burrows, from the annuity specialist Better Retirement, said: “These are like other annuities in that the income is guaranteed for life, but with some additional advantages. First, they are underwritten to take the older person’s health and life expectancy into account; second, there is no tax to pay on the income if it is paid direct to the care home; and third, there are options offering financial protection in the event of early death.”

The two main providers of this type of annuity are Friends Life (now part of Aviva) and Just Retirement.

Someone aged 85 with mild dementia investing £100,000 with Just Retirement would receive an annual payment of about £17,400, payable direct to the care home, with payments increasing by 5% each year.

Care home fees can (and usually do) exceed increases in inflation, so 5% is a good benchmark to use.

If payments were level — that is, did not rise each year — the income would be about £20,000 a year from the outset. The exact income would depend on the person’s state of health; someone with more serious medical conditions would get more income.

Burrows added: “An immediate-needs annuity is a bet with the life company: if the annuitant lives longer than expected, they will get more than their money back, but if they die before expected, they won’t.”

There are also options that allow you to ask the annuity company to pay back some of the money if the person dies soon after taking the policy, but this will reduce the starting income. It might also make sense to hedge your bets and consider not only purchasing an annuity but also leaving some money in the bank, meaning your family get the best of both worlds.

Burrows said: “About 15% of residents in a care home live for eight years or more. If they’re funding their own care, that’s a dramatic drain on assets.”

Source: Join a care home co-op to cut your costs by a quarter | Money | The Times & The Sunday Times