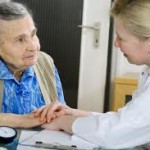 Calls for GPs to offer better care for elderly patients

Recently in the news was the Health Minister Jeremy Hunts call for GP’s to offer better care for elderly patients. It is mentioned that this would prevent the number of in-patient admissions and the claim that many patients are better known to accident and emergency staff than their own GP.

In my locality in the South West we have a very high proportion of elderly people and to be perfectly honest I would say that on the whole they are very well cared for by our GPs .

They are referred to specialists and tests conducted as needed and I feel that the majority receive the time and attention needed . Whether the doctor knows the patient is another matter but with a shortfall of over ten thousand GPs and the cuts to NHS funding I feel the care should preventative and at the point of request and less of a counselling role as some think it should be.

Mr Hunt wrote in the Telegraph on September 10th 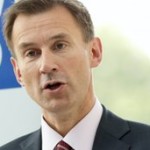 “We need a much better way for vulnerable old people to journey through the NHS,”

“They need someone from the service to be keeping tabs on them and championing them through the system all the time – and making sure they’re a name, not a number, whether or not they are in hospital.

“As a member of the public I would like that responsible person to be my GP – but of course they will need support from many others, including our dedicated district nurses.”

He added: “Since the last government’s misguided changes to the GP contract, it’s become easier to go to A&E and harder to go and see a GP.”

The difficulty many patients do find is actually getting an appointment when they need one which leads to many finding themselves in A&E. On the whole elderly patients tend to wait longer than younger ones before seeking the attention of a doctor and therefore find themselves in a more acute health situation.

One of my patients has been having 3 appointments a week at his local surgery and paying for the transportation himself at the cost of over £15 per week. No one there suggested a district nurse could call on him. He asked for this to be arranged and although they did agree to do so it was mentioned that the district nurse was really only meant to visit housebound patients and is extremely busy.

You can read the complete article about the call for GPs to offer better care for elderly people in the Telegraph.