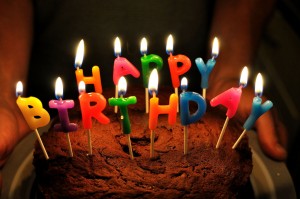 It appears the gap between male and female life expectancy is closing and men could be living as long as women, according to the Office for National Statistics.
Prof Les Mayhew said the difference between the sexes peaked at nearly six years in the 1970’s. Life expectancy  is increasing all round however for men  they are increasing faster. A contributory factor being more and more men are giving up smoking.

Prof Mayhew was analysing life expectancy data in England and Wales and working out how long 30-year-olds could expect to live.

His findings show men languishing far behind for decades, but now starting to get closer to women. If current trends continue, Prof Mayhew predicts, both sexes could, on average, be living to the age of 87 in 2030. 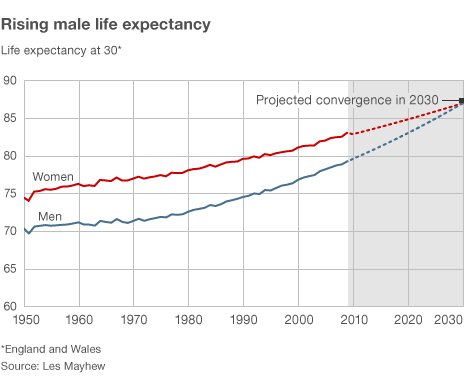 Other factors are thought to be safer, more office-based, jobs. Millions of men used to work in hazardous occupations such as coal mining. Healthcare has also meant more men are living longer.

People with heart disease, which is more common in men, can expect to live much longer than they did a few decades ago.

By contrast, women started smoking later than men. Rates of lung cancer are increasing in women and decreasing in men. Men are becoming better behav