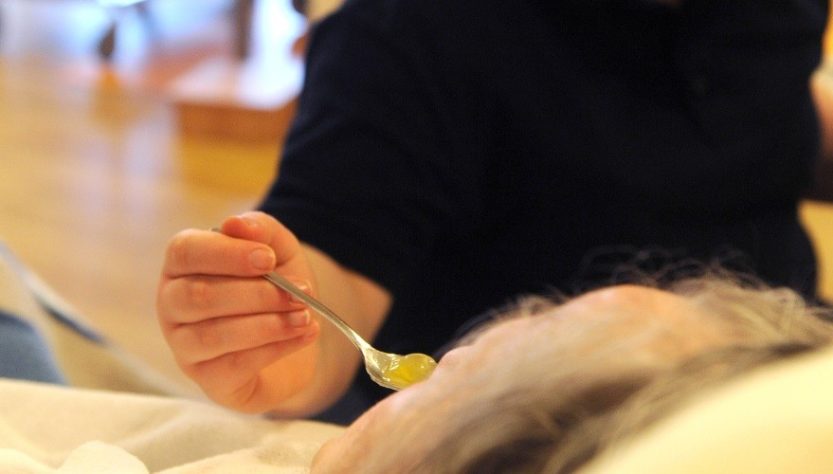 While the Government focuses on the countdown to Brexit, we’re counting up the days since the social care Green Paper was first announced. We now have sight of The NHS Long Term Plan, but a vital piece of the puzzle is still missing, says Ray Mitchell, Head of Influencing, Independent Age.

The Secretary of State for Health and Social Care must publish the long overdue Green Paper by the end of January, or provide a full statement on the use of his department’s resources to Parliament.

Parliamentarians returned to Westminster yesterday after another Christmas and New Year dominated by a seemingly endless stream of speculation on Brexit, and more political uncertainty. 2019 is likely to be just as (if not more) turbulent than its predecessor, as we prepare to leave the European Union in March with or without a deal.

Amongst the uncertainty and distraction of Brexit, the Government has announced The NHS Long Term Plan. It is absolutely right that this plan focuses on prevention, but until the Government addresses the crisis in social care, the success of the NHS plan will be severely limited. The plan recognises that health and social care go hand-in-hand, highlighting the Government’s commitment “to ensure that adult social care funding is such that it does not impose any additional pressure on the NHS over the coming five years.”

Alongside a long-term plan for the NHS we need to see proposals for radical reform and long-term funding that addresses the care needs of today and delivers a new social care system for the future.

Proposals for a public consultation to address the crisis in adult social care were first announced in March 2017. In 2018 the Government promised that the Green Paper would be in our stockings by Christmas, having already been postponed on four separate occasions. Once again social care is the Cinderella service – never getting the attention or resources it needs compared to healthcare.

Today represents 672 days since the first announcement of the Green Paper on 7 March 2017 (originally due to be published in summer 2017). With each day’s delay, the funding gap in social care increases, now standing at a staggering £2 billion, and so does the number of older people without the care they need.

The Government hasn’t given any proper explanation as to why the Green Paper has been postponed yet again. Latest reports indicate it will follow the NHS Long-term plan in the coming weeks, however, we still have no confirmation when this will be exactly. The Government must set out a clear timetable for consultation and implementation of social care reform during this Parliament.

This is a problem we cannot afford to push down the priority list any further. Between 2009/10 and 2015/16 the number of people receiving publically funded social care services fell by 400,000 and there are now an estimated 1.4 million older people are not getting the care and support they need.

Our ageing population means social services and the NHS will continue to face unprecedented pressures. Any further delays in tackling these issues will mean yet more older people will be left without adequate social care, leading to unnecessary stays in hospital, and further demands on stretched Accident and Emergency services, as well as our wider NHS services.

While the Government has kicked social care reform into the long grass over and over again, organisations such as Independent Age have continued to see social care as a priority and put forward concrete reforms. Our report “A Taxing Question” offers credible solutions to ensuring adequate funding of social care for the decades ahead, with the introduction of free personal care in England for older people. This policy will enable older people to live independent lives for as long as possible, reduce delays in transfers of care (the time spent unnecessarily in hospital), and promote further integration of health and social care. We believe this option must be addressed in the Green Paper, and those with experience of the care system should be given every opportunity to provide their views on this proposal.

Our New Year’s message to the Secretary of State for Health and Social Care is clear. We have all waited long enough, and we cannot afford any further delays. He should now commit to publishing the Green Paper by the end of January at the very latest. Failure to do so will exacerbate the crisis that older people and those with social care needs are already experiencing. The Government must be held accountable and explain why they are not taking action.