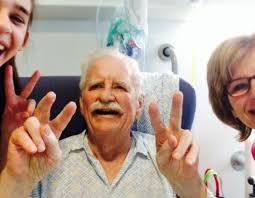 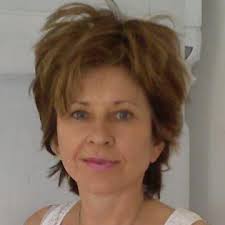 Meet an extraordinary woman who is fighting to prevent others suffering as her beloved Father did.

Joanne’s Father was a deaf and blind War Veteran who also had brain cancer. A well respected and popular man, he was admitted to hospital with an infection and left to die in distress and agony. Failing were covered up and his Daughter has fought since then for Franks Law, that no one else should suffer as he did.

Joanne’s father Frank died  on 13th June and she began her campaign at the war memorial on Christmas day 2014.

I have supported Joanne since the start of her mission sharing her campaign and working to get her heard where people can make a difference and prevent this happening to others.

Joanne’s  Facebook campaign started in January  and she says “I campaign every day all day really~I said in one recording it may take 6 months or 6 years I can never give up as what I saw so so wrong and worse they tried to cover it up. Had I not had such detailed recordings they would have covered it up and my dads horror would have been another of the thousands that go untold ~I would be so very grateful to anyone who would help in any way what so ever.”

Despite being interviewed on 5 News and having over 38k views of the interview on Facebook, still no-one from the Government will talk to her. I think they are embarrassed or think this won’t affect them. One day it may well.

Please visit Joanne’s Facebook page and sign her petition and here is the link to her TV interview. Please take the time to listen to her recordings, I did and what I heard will never leave me. An animal is not left to suffer – so why our elderly?

Please share this in any way you feel able. Thank you.