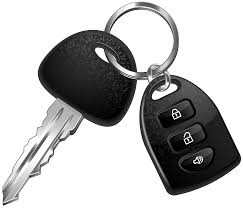 What do you do? Dangerous to Drive.

Currently, no re-test is mandatory, despite the fact that many elderly people have never taken a test. Couple that with the huge number of vehicles on our roads today, this only spells disaster. Perhaps we need to introduce a black box monitor scheme for our older drivers, it would certainly be very insightful.

Government figures have reported that in 2015 one third of all road fatalities were aged 60 and above. Those aged over 70 were four times more likely to die, especially women.

There were also a total of 111,707 casualties in the older age group with nearly 8,000 of those being seriously injured.

Of these accidents over 70% were caused by driver or rider error or reaction and 28% by impairment.

I am playing devil’s advocate, but surely sometimes we have to be cruel to be kind? Isn’t it better to reduce someone’s independence rather than allow them to lose it entirely? Even worse what if the bad driver were to die, or kill an innocent person in a collision.

How would you feel if this happened and you had done nothing?

If you are concerned that someone is unsafe and their driving is likely to cause obvious harm to life or property then a call to the police is your first port of call. I have personally had to do this.

I was in a supermarket car park and saw a driver repeatedly hit barriers and lampposts. I initially thought it was a stolen vehicle or being driven by someone who was drunk. As I got closer I saw it was an elderly woman at the wheel.

I approached the car and explained my concerns. She got out of the car, let me park it, and accompanied us into the shop where we called the police. It was sad as she had no family locally and relied on the car, BUT she was a danger to herself and others, she had to be stopped. Numerous other people had reported that she was hitting the curb as she was driving.

When you are concerned about some who has dementia or whose driving is impaired by sight or hearing loss or as a result of multiple medications then the DVLA can help. You can anonymously report someone to them provided you know their name and address.

The DVLA will take details from you and then contact the person by post requesting they complete a relevant medical questionnaire. The person whose driving is in question has a legal obligation to complete this and failure to do so may result in their license being revoked.

If the DVLA feel it is appropriate, they will contact the persons GP for further medical evidence. If this is negative, the license will be revoked. GP’s do have an obligation to advise someone to stop driving but many don’t report to DVLA because of data protection issues.

I fully appreciate that for many elderly people their car is not only their means of getting out and about. It maintains their independence, ability to shop and visit loved ones in hospital. Sometimes, however, change is not always a bad thing.

Many towns and villages have a local bus service provide by either local charities, independent businesses or major supermarkets. This may, in fact, lead to new friendships. A coffee with fellow passengers in Tesco (other supermarkets do exist) may help to reduce loneliness and provide a new weekly social interaction.