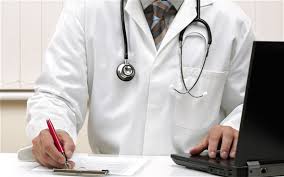 Is it wasting Doctors time ?.

Most of us like to think that we only visit the Doctors when we need to and take a dim view of those who needlessly take up the time of our already overloaded medics with coughs, colds and minor irritations.

However an incident this week actually made me think twice about this. One of the elderly gentlemen I help had a slip, although he had seen one Doctor already was in pain and anxious. He made a second appointment to see another one and was reassured that no serious damage had been done.

That afternoon he told me how even just seeing the Doctor had made him feel better and that he was sure it was psychological !

That night he slept well and felt pain-free and comfortable the following day.

All in all a few minutes of the Doctors time alleviated the pain and the worry. So in the long run time well spent with this patient and certainly not wasted.