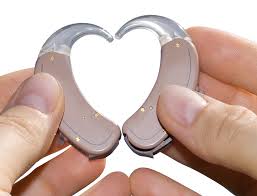 Researchers say they have taken a huge step forward in treating deafness after stem cells were used to restore hearing in animals for the first time.

Hearing partially improved when nerves in the ear, which pass sounds into the brain, were rebuilt in gerbils.

Getting the same improvement in people would be a shift from being unable to hear traffic to hearing a conversation, However, treating humans is still a distant prospect.

If you want to listen to the radio or have a chat with a friend your ear has to convert sound waves in the air into electrical signals which the brain will understand. This happens deep inside the inner ear where vibrations move tiny hairs and this movement creates an electrical signal.

However, in about one in 10 people with profound hearing loss, nerve cells which should pick up the signal are damaged. It is like dropping the baton after the first leg of a relay race. The aim of researchers at the University of Sheffield was to replace those baton-dropping nerve cells, called spiral ganglion neurons, with new ones.