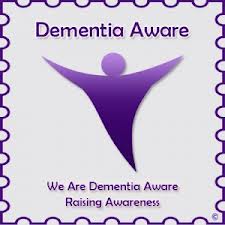 Dementia presents the biggest health and social care challenge of a generation and replaces cancer as the disease that people fear most.

There are now over 800.00 people living with dementia in the UK and this number is set to treble over the next 30 years. 1 in 3 people over the age of 65 will get dementia at some time in their life.

Dementia does not only affect people in the UK, it has become an international challenge resulting in much attention. 44 Million People in the World have Dementia Today, 66 million will have dementia by 2030 and 115 million by 2050.

A G8 Dementia Summit was held in London in December 2013 to discuss the challenges presented by Dementia. This brought together G8 ministers, researchers, pharmaceutical companies and charities from around the world. What an opportunity I thought!

Unfortunately the sole focus of the  G8 dementia summit was on research, a travesty for all of us involved in promoting living well with dementia and the ‘person centered approach’, which is at the heart of good dementia care.

In a modern society people have a right to live well with dementia not to merely exist with it. Living well with dementia requires courage from the rest of us to think and act in a different way. The myths and stigma that surround dementia need to be challenged and the time to act is now.

As more and more families are touched by dementia, I am hoping the imperative to change things will gain momentum. I plan to play my part by challenging myths, stereotypes and negative language, informing people about dementia and promoting dementia friendly communities, as a Dementia Champion (see more about this below) Also in my work as an independent care consultant specialising in person-centered approaches to support people living with dementia.