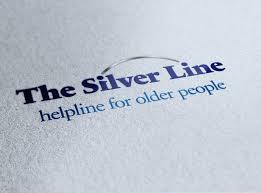 The Silver Line – A Life Line

What a difference a voice makes.

Now into its fourth year, I wonder how many of us really knew just how vital this confidential support service would prove to be. I have personally followed this with interest as I have met Esther Rantzen, and we have spoken about the Silver Line.

Esther has been very open and honest with her admission of loneliness following the death of her husband Desmond Wilcox in 2000. It was her experience of loneliness that opened her eyes to the feelings of thousands and thousands of others. This led to her setting up “The Silver Line” a national charity providing a 24-hour helpline for older Britons aimed at combating loneliness.

Now with other one million calls under its belt, yes one million, this free and confidential facility offers advice, links callers to local services and social groups and supports victims of abuse. Volunteers aged from 20-90 also have weekly chats with elderly people leading to real and lasting friendships.

Loneliness is worse at night.

The Silver Line has 10,000 calls a week, prove that the service is badly needed, and Esther blames the pace of modern life on the fact that people are all too busy to visit elderly relatives in person. The charity is needing to raise an extra £1.65 million to ensure the service remains viable and to safeguard the night-time service, which is when two-thirds of the calls are received.

If you would like to help support this wonderful charity you can in several ways. You can donate online at thesilverline.org.uk, by phone calling 020 7224 2020 by text  by texting ALONE to 70555 or by cheque made payable to The Silver Line and sending it to, The Silver Line, 19-23 Featherstone Street, London, EC1Y 8SL.