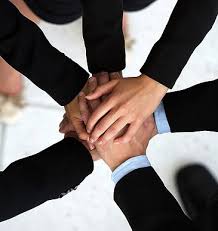 Over the course of the past 5 years, I have found myself mutate from reporter, using Caron Cares as a useful depository for information to a campaigner

The fact that we need campaigners for better social care speaks volumes itself, and there are many of us. Each of us fighting for change, better care for the elderly but also better treatment of family members by care home management. We can’t have relatives being banned from visiting – that is inhumane and probably does convene the human rights act. It does make me question whether prisoners are treated better than some of our elderly are.

I have a plan!

Too much is going wrong in the care sector, good carers are leaving in droves and homes are closing at a rate of knots only increasing the pressure on the remaining ones and in turn the hospitals. Unpaid carers – you can’t tell me £62.70 is a wage, it works out at 37p an hour – unpaid carers are giving up good jobs to care for loved ones and neglecting both their physical and mental health. When the cared for person passes away, the carer is then left with even less support and a question of ” who am I now?”

My plan is to form an alliance. Strength in numbers. All of us micro campaigners forge to create a force to be reckoned with. The Government has to listen to their people, their voters, they cannot be ignored and disrespected any longer. We are not talking about a few hundred people here, we are talking tens of thousands and it will only get worse.

I have invited Paul Burstow to be our chairperson and I am tentatively awaiting a response. Will he, won’t he? I have my everything crossed.

Paul Burstow is a social policy entrepreneur and thought leader. He chairs the Tavistock & Portman NHS Foundation Trust and is professor of health & social care at City University, London. Between 1997 and 2015 he was Liberal Democrat MP for Sutton and Cheam. He served as the minister of state for care services between 2010 and 2012. In the latter role, he covered a wide range of social policy issues including mental health, adult social care, carers, personal health budgets, safeguarding vulnerable adults, end of life care and long-term conditions.