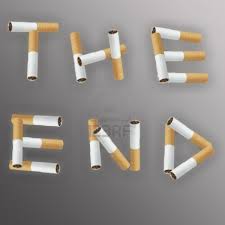 People who give up cigarettes live longer than smokers – regardless of what age they were when they stop a new report has found.

German researchers said even those who kick the habit at the age of 60 or over benefit from increased longevity.

The report, which examines the findings of 17 earlier studies, is the first to review the link between smoking and deaths in older people in particular.

Dr Hermann Brenner, of the German Cancer Research Centre in Heidelberg, called for programs to target smokers aged 60 and over.

He said: “This fact calls for effective smoking cessation programs that are likely to have major preventive effects even for smokers aged 60 years and older.”

The report found smokers aged 60 and older were 83 per cent more likely to die at any given age when compared to those who never smoked.

While the link was weaker in the oldest people, it remained high in those aged 80 and over.

One British study found 59 per cent of non-smokers were alive at age 80 compared to 26 per cent of smokers.

Talking about the German analysis, Dr Tai Hing Lam of the University of Hong Kong said the findings show one in two elderly smokers will be killed by tobacco.

He said: “Most smokers grossly underestimate their own risks. Many older smokers wrongly believe that they are too old to quit or too old to benefit from quitting.”

Studies in the current review lasted from between three and 50 years and included between several hundred and 877,000 participants.

Each one was based on observations of differences between current, former and never-smokers over time.

There is plenty of advice and help available on the NHS for anyone who wants to give up smoking. I know, I did !