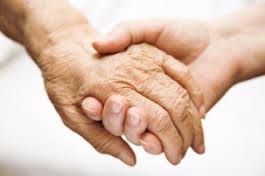 The recent revelations that Bupa, making £700 million a year profit from care homes are the perpetrators of “institutional abuse’ shocked the Nation, for all of ten seconds, or so it seems

Has the constant bombardment of negativity in the media caused us to become de-sensitized? Do we move on so fast as to not be affected, a protection mechanism or is life so tough for many that if something doesn’t directly affect them, they really don’t care?

It was interesting to read in the Mail online, that whilst 1.2 thousand people were keen to share the article reporting the Channel 4 Dispatches programme only 2 took the time to comment. 2 people out of 1200. Is that lack of time or apathy, happy to scandalize and share but not realising the very real effects neglect and abuse have on both the elderly person and their families. I know of people diagnosed with PTSD following preventable deaths from neglect in care homes.

I genuinely believe Andrea Sutcliffe, who is often heavily criticised, does care and really wants standards to improve, but it can’t all fall to one person. Funding cuts in times of austerity range far and wide and C.Q.C is not immune. We need a societal shift in thinking. Less me, more others.

Only yesterday, someone shared how she had seen an old man who had fallen in the street, ignored. Mums with pushchairs walked by, cars drove on. No one helped. Everyday heroes appear from nowhere we see in emergency incidents.Where was this old gents hero?

Eventually, she arrived, helped him to his feet and dignity and was promptly rewarded with a kiss!

There is a fear in the air. Fear of being fired for speaking out, whistleblowing, fear of being sued. Families fear speaking out against poor care standards in residential homes for fear their loved one might be evicted as many are.

Some may say there is a fear of feeling.

Better not to feel, to care and be accountable, even responsible for doing something to actually make a difference. I don’t think documentaries are the answer now. I say this after months of research working with ITV unveiling neglectful care including inadequate nutrition and hydration. So what? Even if it ever goes to air as a program, would it really make a difference, it wouldn’t would it?

It would be another “me too” documentary and almost as with national disasters and terrorist attacks unless you are directly involved, forgotten the next day. The world moves on too fast, terrible incidents become a distant memory in the blink of an eye. Sad really, human life accounts for so little when it is the most amazing gift.

There are glimmers of hope though and projects like the Debenham Project, a group of people who said “we must get on and do something” supporting fellow residents with dementia in their community. Across the country people are starting to realize, it is people, not politicians that will make the difference. The winds of change must blow causing the glimmer of hope to ignite and spread. We will see, time will tell if we slow down enough to let it.