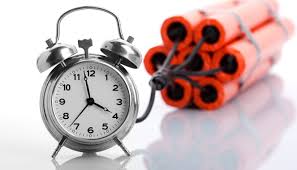 I have been banging on about this for a few years now. Why on earth has this issue not been addressed sooner. The insurance industry have a phrase, ” The cost of delay” and this is a prime example. The post war Government knew there had been a baby boom, so why did no-one think they may reach old age? Or was it perhaps that since re-building post war Britain we have all been consumed by consumerism, encouraged to have and do more, thus rendering us  unavailable to care for our elderly in extended  families as was the norm then?

Todays’ article in the Independent fills me with fear and annoyance. A preventable disaster.

It’s a ticking time-bomb, a huge black hole in our personal finances, and an issue that, once upon a time, figured prominently in the fervent campaigning around the last general election.

Now, after months of silence on one of the biggest financial threats facing British adults, a new study is placing renewed pressure on the powers that be to take decisive action on the expanding old age care funding gap.

With the number of people in care expected to double by 2035, the latest figures show that not only are we facing a perception gap of £7bn when it comes to estimating the costs involved, but barely one in ten of us is doing anything about it.

While UK adults expect the elderly care bill to come in at around £550 a week, the true cost is closer to £870, leaving a gap of just under £320 a week per adult, according to think tank the Centre for the Modern Family (CMF).

Half of us simply avoid thinking about the looming problem of how on earth we’ll find all that cash, consistently, for years on end. One in four say they have no idea how they will cover the costs for themselves or a relative.

And yet the overwhelming evidence suggests we need to. Around 4m older Britons – around 40% of the over 65s and almost half of those over 75 – currently have a limiting longstanding illness.

The majority of those aged over 80 have a disability. And with an ageing population, related illness and disease will affect more than 6m people, around 9% of the total population by 2030, if left unchecked.

The truth is that, on average, even those born between 2009 and 2011 will have only have 66 years of so-called good health.

But with limited savings plans in place and more than four in ten adults with £2,000 or less in the bank, millions of people would be able to cover their care costs for a maximum of two weeks.

Instead, half of us expect to be able to rely on a relative, the CMF has found, even though, for example, we estimate that could only afford to spend £69 a week on care for our parents.

“This new study confirms that many of us are in a state of blissful ignorance when it comes to organising and paying for social care,” Caroline Abrahams, Charity Director at Age UK, says. “But even if we were all experts about the ins and outs we would probably be in no position to save enough to fund our parents’ care, let alone our own, because care costs are so high.”

Indeed, a lack of understanding of the benefits system also opens up a yawning funding chasm. Almost one in four people claim they would need, or expect, to rely entirely on state support, but two in five admit they don’t actually understand what benefits – both practical and financial – they would be entitled to.

“The number of people in care in the UK will almost double by 2035. Our research shows that an over-reliance on relatives and the state could put families in serious financial difficulty,” Jane Curtis, Chair of the Centre for the Modern Family said. “It can seem difficult to know how to prepare for the future, but to avoid a financial care crisis we all need to have an honest discussion on later life care as early as possible so no one is left footing a bill they can’t afford.

“As for state provision, it’s clear that many people simply don’t understand the social care benefits and support system. Providing clarity and raising awareness of what is and isn’t available is critical to helping people prepare for the longer-term future.”

“This demonstrates why it is so important that the Government stands by its promise to grip the crisis in social care and brings forward measures to resolve it,” adds Abrahams. “These measures should include a mechanism whereby we all share the risk of incurring high care costs: that’s what they’ve done in Germany and Japan and we ought to look seriously at doing the same thing here.”

“Planning for long-term care isn’t just an issue for the elderly,” says Karen Barrett, CEO of independent financial advice portal, Unbiased. “Firstly, anyone may end up needing care at any age; and secondly, by the time old age has arrived it may well be too late to start planning. Therefore, funding for long-term care should be built into any good financial plan.”

“Everyone’s circumstances are different, which is why getting independent bespoke advice is so vital,” Barrett adds. “Look for an IFA with the CF8 and/or CeLTCI qualifications, as these are the care specialists. Such an adviser can look at your complete financial situation and find the single most effective solution for you – potentially saving you and your family a huge amount of money in the process.