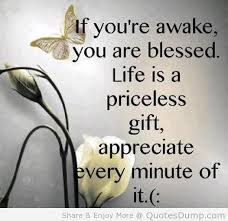 People who live longest tend to be those who look on the bright side of life, research has shown.

Scientists in the US who studied 243 centenarians found that, far from being mean-spirited and world weary, most were cheerful, outgoing and sociable.

The study was part of the Longevity Genes Project investigating more than 500 Ashkenazi Jews over the age of 95, and 700 of their offspring and it was thought that the positive personality traits may have been partly genetically based.

Ashkenazi Jews, from eastern Europe, are good candidates for gene studies because they are genetically similar.

Lead scientist Nir Barzilai, director of the Albert Einstein College of Medicine’s Institute for Ageing Research in New York, said: “When I started working with centenarians, I thought we’d find that they survived so long in part because they were mean and lonely. But when we assessed the personalities of these 243 centenarians, we found qualities that clearly reflect a positive attitude towards life.

“Most were outgoing, optimistic and easygoing. They considered laughter an important part of life and had a large social network. They expressed emotions openly rather than bottling them up.”

Many of the elderly people I help have a very positive outlook on life and a recent UK study showed people in their 80’s in the UK where amongst the happiest in the population. loneliness is the current buzzword when it comes to elderly people and if more of us can play a part in helping to reduce this we can bring more happiness to them.