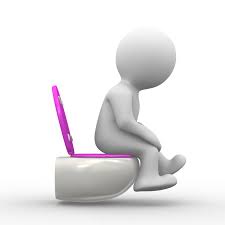 What is a Urinary Tract Infection (UTI)?

A urinary tract infection happens when bacteria in the bladder or kidney multiplies in the urine. Untreated, it can become something more serious than merely a set of uncomfortable symptoms.

They can lead to acute or chronic kidney infections, which could permanently damage the kidneys and even lead to kidney failure. UTIs are also a leading cause of sepsis, a potentially life-threatening infection of the bloodstream.

The Elderly Are More Likely to Get UTIs

Those most likely to develop UTIs are the elderly. They are more vulnerable for many reasons, not the least of which is their overall susceptibility to all infections due to the suppressed immune system that comes with age and certain age-related conditions.

Younger people tend to empty the bladder completely upon urination, which helps to keep bacteria from accumulating within the bladder, the elderly experience a weakening of the muscles of the bladder. This leads to more urine being retained in the bladder, poor bladder emptying and incontinence which in turn can lead to UTIs.

The typical signs and symptoms of a UTI include:

Elderly people with serious urinary tract infection don’t exhibit the hallmark sign of fever because their immune system is unable to mount a response to infection due to the effects of aging. In fact, the elderly often don’t exhibit any of the common symptoms – or don’t express them to their caregivers.

UTIs in the elderly are often mistaken as the early stages of dementia or Alzheimer’s because symptoms include:

Sometimes, these are the only symptoms  that sh0w up in the elderly

How to Reduce Risk of UTIs

People who are incontinent are more at risk because of the close contact that underwear has with their skin, which can reintroduce bacteria into the bladder. Some recommendations to help reduce this risk include the following:

Other ways to reduce the chance of UTIs: