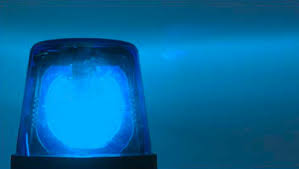 In praise of our NHS

As a health and social care blogger, I decided to put the NHS emergency services to the test. Only joking, that would be really irresponsible of me, not to mention selfish taking up time and resources that are already as we know stretched to the limits. I did, however, find myself suffering from acute chest pain that radiated into my jaw whilst gardening at the weekend and decided to take the advice I give everyone else, and not ignore it.

Very often indigestion can be mistaken for a heart attack and vice versa. I have previously had what I thought to be a cardiac “incident” and was reprimanded for not getting myself checked. Knowing my BP is high at present, and having been prescribed medication for hypertension, I knew this pain could be a small heart attack. What I am embarrassed to admit, is that I had not been taking the hypertension medication I was prescribed earlier in the year. I had an ECG that showed my heart to be healthy and decided I didn’t need it!

My husband took me straight up our local A&E in Exmouth, and they were wonderful. BP through the roof, the ECG was still looking good. They took no risks, aspirin duly crunched and GTN sprayed an ambulance was called. I was off to our general hospital.

It just happened to be the weekend of our county show and the likelihood of traffic congestion was incredibly high so the ambulance crew warned my already concerned hubby that they may put the blues and two’s on to get through. Trying to stay calm, off we went. We had only been going for just over what felt like ten minutes although now I know it was only five, when they hit the blues and two’s! My temperature had shot up taking my blood pressure with it. They were taking no risks!

We duly arrived to accompany all the other ambulances. We read in the media about ambulance crews queued up at hospitals, it’s true but in all honesty the queue went down swiftly as people were triaged into casualty. Battered bodies, mostly elderly, transferred off ambulance stretchers onto hospital beds and into treatment bays.

First of all, I was seen by the consultant in charge who instantly scolded me for not taking the meds I was prescribed. “Millions of people take them” curtly said with a smile on his kind face.

He clearly explained the procedure of testing to determine whether or not I had had a heart attack. ECG’s and two blood tests to test my Troponin levels.Troponin is a protein that’s released into the bloodstream during a heart attack and testing for this provides the most conclusive evidence of a heart attack. They test twice as the levels rise over the course of time.

I was admitted to a side bay and an ECG performed again. This time I was in a hospital gown, top off and feeling undignified but relieved to being taken good care of. No one looked stressed, no one looked fed up.Everyone was kind, polite and efficient. Now, if you have never needed to have a Venflon inserted, I feel for you. It is blooming sore. A venflon is a small plastic tube that is inserted in to the back of your hand to make it easy to take blood and give IV fluids such as saline or antibiotics. Once the first bloods were done, we were left for a while.All my obs had been logged and the next visit was to X-ray for a chest X-ray.

Hours later the first test came back clear. However, we were warned that the second one would be the deciding one. Taken at 7.45pm the results came back at 9.45. The doctor was ready to go, coat on and the results in his hand. 5 meant I had not had a heart attack – yipee. But guess what ? I need to take my tablets !

This was a shocking wake up call. My heart is pretty healthy and that’s how I want it to stay. In my opinion, my care was amazing and that is how I would like it to stay! The NHS was never designed to still be fully functional 50 odd years on, but it is wonderful and I for one would love it to stay that way, even if it only offers care at the point of emergency for free and other services are charged for. It may encourage people to take more care of themselves and not look at the health service as a fix all, when things go wrong.