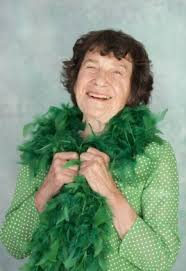 Whilst Caron Cares is designed as an informative site, I do also like to share light-hearted and interesting things I have heard.

Radio 4 interviewed Lynne recently as she was performing her live stand up show “Not Dead Yet” as part of the Edinburgh Festival “Old Folks Telling Jokes“. I have included a link to the interview so I won’t reveal too much but I will give you this brief outline.

Lynne is Jewish, and Jewish women tell jokes. At 71 she was living alone with her dog and felt lonely. When she started to tell jokes as part of her comedy sketch people would come and talk to her and it made her feel special and valued. The stripping part ….. well that would be revealing too much! You will have to listen to the interview. It is very interesting and worth your time.