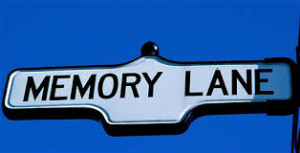 It is reported that many patients face “shocking” delays for dementia diagnosis and treatment, according to a report by MPs and peers.

The All-Party Parliamentary Group on Dementia says GPs are often seen as barriers to a diagnosis due to either stigma or sheer volume of patients and workload.

The report says some people have to wait more than a year for an appointment at a memory clinic in certain parts of the country and the The Department of Health in England says the number of memory services and demand for them is increasing.

The inquiry was set up to examine big discrepancies in dementia diagnosis rates. Across the UK it is estimated that only 43% of people with the disease have a formal diagnosis. Carers and people with dementia largely saw primary care, and particularly GPs, as barriers to a diagnosis rather than gatekeepers.”

“Unlocking Diagnosis” the All-Party Parliamentary Group on Dementia. Scotland has the highest rate with 64.5%. In Northern Ireland it is 61.5% and in England it is 41%. The diagnosis rate is lowest in Wales, with 37.4%.

Poor understanding the report says there is strong evidence to show the benefit of early diagnosis for people with dementia, their families, and also to the taxpayer.

This was reflected in official government policy across the UK, and was reinforced in 2012 by Prime Minister David Cameron setting out his national dementia challenge for England. This included plans to increase public awareness, and to encourage GP referrals to memory clinics, for assessment, diagnosis and support.

The recommendations in the report include more training for GP’s and other health workers, improved accreditation and more investment in memory services. But the inquiry highlighted what it calls “barriers” to diagnosis and treatment, after looking at evidence submitted by more than 1,000 carers, GP’s and hospital specialists.

These include poor public understanding of dementia. More than a third of carers who responded said the person with the condition had waited more than a year to go to their GP. The report says many came to regard GPs as barriers to diagnosis rather than gatekeepers.

It also identifies big variations in access to memory services. Some people reported having to wait more than a year for an appointment at a memory clinic, while for others it was just a few weeks.

And it says people often received no information or support following diagnosis.

Jo Webber, from the NHS Confederation, said dementia was one of the biggest challenges facing the NHS.

“It is quite clear that every part of the health service is going to have to adapt to the needs of this growing group of patients – from the GP surgery to the hospital ward. We have to be honest and say we are not there yet.”

“Some areas are doing fantastic work, but there is still too much regional variation.

“That is why we are driving forward measures to improve the quality of memory services, including work to increase the number of accredited… services and work to help local commissioners map the need in their area.”