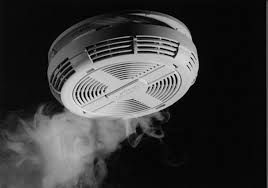 Older People Set to be Safer in Their Homes due to a Fire Safety initiative.

Millions of older people in the UK are safer from fire in their homes  now following the launch of a National Older Persons Strategy by the Chief Fire Officers’ Association.

The launch was attended by representatives from;  Fire and Rescue services, Department for Work and Pensions and Charities such as Age UK, RNIB and Action for Blind People.

The aim of the strategy is to provide guidance and support to fire and rescue services and their partners to enable them to rise to the challenge of keeping older and more vulnerable members of the community safer from the risk of injury and death as a result of fire in the home. 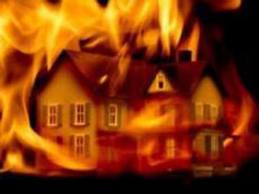 The strategy is being driven by the fact that almost twice as many people over the age of 50 now die in home fires in the UK each year compared to those under 50 . These deaths and injuries are set to rise as the number of older people increases.

Staffordshire’s Chief Fire Officer said: “The aim of this strategy is to ensure that responding to the challenges of age and ageing in our communities is part of the DNA of every fire and rescue service. Placing older people at the heart of our activities means that increasingly we will be in a position to talk to them, and not just about them, and their needs.

“Living longer is a major achievement which should be celebrated. However, supporting our ageing population will inevitably require greater resources and greater collective action between the public, private and voluntary sectors if we are to truly meet the challenges presented to us.”

One attendee to the event will be 83 year old Catharina Page from Lichfield who says that intervention from the fire and rescue service completely transformed her life. During a Home Fire Risk Check in 2010 it was discovered that Catharina (who has lost her sight) was doing a number of tasks in her kitchen in a way that could potentially cause a serious fire.

For example Catharina was guessing timings on the microwave and using her hand to gauge the heat on her cooker. She also had no kitchen door, only one fuse box for the whole of the property and a faulty electric blanket.

Following the Home Fire Risk Check, Staffordshire Fire and Rescue Service contacted partners to ensure that Catharina got the support she required to allow her to live an independent yet safe life.

In addition to fire safety equipment, Catharina now has tactile marks on kitchen appliances to assist her with cooking, her electrics have been upgraded and a stair rail and a walk-in shower have been fitted.