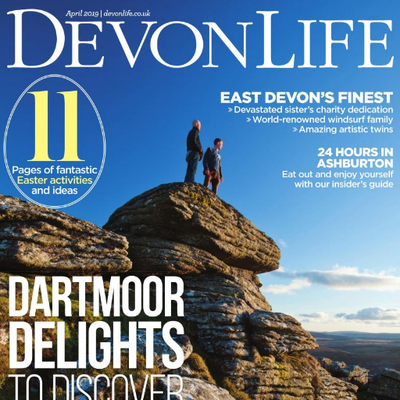 When Caron Cares won the award for the best UK Blog in the Health and Social Care Category  at the UKBlog Awards 2016 I used approached the Editor of Devon Life.

Andy Cooper could see the point I was raising, that although getting old is not glamorous or sexy it is vital we discuss issues surrounding it especially with an over average older population in the county.

I was initially offered 250 words which after the first article increased to 500. My page became my soapbox, my platform to be myself and say it as it is. What I write is not always pretty but I write as I find and am to the point and factual. Old age doesn’t always come alone.

I have been writing for Devon Life since September 2016 and some of the articles are brutally honest such as the one about incontinence pad rationing. I enlisted the Private Eye artist Tony Husband to create a unique cartoon for this article in order to raise awareness and an eyebrow or two. Calling the article “Taking the Pee” was also pretty cheeky.

Caring for your feet
DLJune21