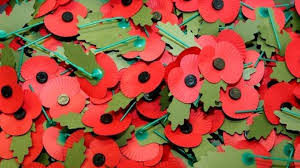 Two minutes too many

On a bright November morning, as the sun shone smiling through the fluffy winter clouds, I stood still. I stood dead still.  It was on the dot of eleven. I stood and simply observed other members of the public continue to go about their daily business.

I took two minutes of my year. There are five hundred and twenty-six thousand in a year I took two of them to remember the millions of men and women killed in conflicts and wars. Those killed fighting to maintain the freedom of our shores.

For many people of all ages, young and old alike, those two minutes were obviously too much to ask.

Two minutes to remember those who gave their ultimate gift, their life.

Two minutes to say “Thank you”, “We appreciate your sacrifice”.

Was it that despite “Lest we Forget”, people had simply forgotten?

Or is it that as a society,  we have become all about “self”?

Do people really not care?

Are we “catastrophe” numb, following the terrorist attacks and gun attack atrocities that we have lost the ability to feel?.

Do we not feel we owe it to those who fought for our freedom any longer?

Shockingly many elderly people, whose lives would have been affected by WW2 didn’t stop either. For them was their superficial lack of respect masking their memories. Had they suffered so much pain and anguish that they choose not to remember, not to take the time to re-live the horror and destruction?.

Who knows? Even more who cares?

Until society thinks a little more and cares a little more, we are faced with an ageing population who are going to rely on the kindness of other. As services and support locally offered locally evapourate we all have a role to play. If people can’t  find two minutes  on Armistice Day to show respect, then how on earth are people going to make time to care for and help support our elderly?