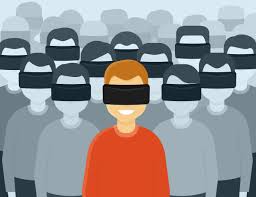 Virtual Reality – can become your reality

As someone who feels most tech led care is a huge “No/No” having now experienced a Virtual reality headset, for me for elderly people, especially with dementia is is a HUGE “YES”.

I was privileged to meet the founder of the UK’s leading pioneers of the Virtual Reality products at the Care and Health Plus show in London in 2017.

The designer came up with the idea to help his elderly neighbours who had until an accident been incredibly active and out going well into their 90’s. Upset at seeing them later housebound through a lack of confidence he set about designing something to bring the great outdoors inside to them. Such a lovely story.

VirtuCare was designed by Hertfordshire based organisations, Tribemix and Quantum Care.

In the video released by the firm, two elderly people with dementia can be seen trying on the device.

The woman in the video is shown a beach scene, which triggers her memories of time spent on the beach in Scotland.

She says: ‘I’m just so happy to see that beautiful sight.

‘It’s one of the happiest moments of my whole life.’

While it was initially created to help people living with dementia, the project is now broadening to be used by a range of patient types, including those with respiratory disorders and elderly care.

VirtuCare is delivered as a package including a VR Ready laptop, an Oculus Rift, 12 VR scenes pre-installed, training and technical support.

The kit also includes activity cards to help bring back memories through questions and keywords that the carer or nurse can ask.

I experienced the Northern Lights experience and it was so realistic I felt myself want to walk down to the snowy cliff edge and look inside the native’s tent. I have to say that the experience was far better than I expected and it is also being used to help people with spinal injuries. The signals to the spine are still sent even if it is damaged and in time research has found that some regeneration can occur.