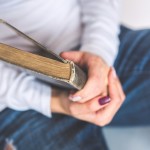 For anyone to loose their sight is challenging if not devastating and if you have always been an avid reader this can result in a real loss of enjoyment.

The Royal National Institute for the Blind offers a fantastic “Talking Book” service. My Mother in Law was registered blind and this service provided her with hours of enjoyment and entertainment. It was her ‘saving grace’ as her son (my husband) has just said.

The talking books are read by professional actors and broadcasters in the RNIB’s own recording studio with a choice of nearly19,000 books available for loan through the Talking Book Service.

A piece of history and a legacy left for future generations.

The RNIB’s pioneering work began in 1926

Many First World War soldiers were blinded in action and found braille too difficult to learn on their return from the Front. So, in 1926 They began testing the possibility of the concept of a Talking Book, using long-playing records which were played on gramophones. In fact, it was thanks to RNIB’s trailblazing that LPs were eventually adopted by the music industry in the UK!

On 7 November 1935, RNIB sent out the first Talking Books to blind and partially sighted people including ‘The Murder of Roger Ackroyd’ by Agatha Christie and ‘Typhoon’ by Joseph Conrad. The books were recorded on 12-inch discs made from shellac and each side lasted 25 minutes so that a typical book or novel would fit onto ten double sided records.

By September 1937, 966 machines had been sent out to readers with 42 new titles recorded.

The service was dealt a severe blow. The recording studio and production unit were bombed during the war. Undeterred, a temporary studio was set up only to suffer the same fate some months later. One recording machine had fortunately survived both bombs and so recording began once again in August 1941.

After the war ended, the number of library members grew as research continued to look at new ways of improving the service. In 1949 magnetic tape began to look like a viable alternative to replace gramophone records.

The new Talking Book player which played ‘tape’ was introduced for the first time. The cassette was so big and heavy the postman had to deliver it separately to the normal mail. To return it to the library the member had to take it back to the Post Office rather than post it in the post box!

In 2002 we were recording books digitally and had sent out their new 21st century Talking Book players.

Talking Books are now issued on unique long-playing CDs which can hold more material than standard CDs. The players are designed for ease-of-use by people with sight problems.

The RNIB celebrated the 75th anniversary of Talking Books in 2010 and looks back on a proud history. Since the service started they have issued over 75 million books to more than two million people. The service now boasts the largest library of unabridged audio books in the UK. From a collection of nearly 18,000 titles, customers can choose to read anything from thrillers to travel, romances to comedy, sci-fi to westerns.

The future of Talking Books

The RNIB are currently investigating new Talking Book formats, such as memory sticks and downloadsand also exploring ways to offer a wider range of audio players. From late 2011, our new library computer system will enable customers to browse for books more easily and manage their own reading lists online.

To find out how this wonderful service works please click here

With Christmas approaching this would make a wonderful gift.