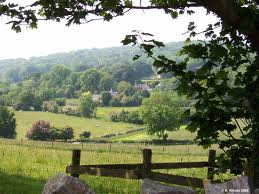 Lonely lives of the rural elderly

The Daily Telegraph reported on the 22nd of July on the lonely lives of the rural elderly.

“Elderly people who retire to the countryside face spending their final years in isolation as villages suffer cuts to bus services and post office closures, a report warns today.

Half of Britons older than 75 are living alone. The study finds that the closure of local shops and the death of loved ones leaves many without support or social contact.

The study, published by the Age UK charity, found there were 1.2 million people older than 50 who were socially isolated in Britain.

Almost 600,000 older people left their houses just once a week or less, the survey says.

Loneliness and social isolation “can have a severe impact on people’s quality of life in older age”, the report adds.

It is the first time that findings into the scale of the problem of rural isolation among the elderly have been compiled in this way.

The report, backed by the Prince of Wales’s Countryside Fund, calls on ministers to make tackling loneliness among the elderly in rural areas a priority.

Living in isolation and prolonged experiences of loneliness have been linked to serious health problems. Studies suggest that loneliness can be as damaging as smoking 15 cigarettes a day.

The Age UK report, titled Later Life in Rural England, warns that the problem can be “masked” as those suffering from their isolation are hidden from their communities.

The report says it found many examples of “older couples buying retirement homes in rural villages, then, unfortunately, one of them dies, leaving the surviving partner quite alone, without any family close by”.

The collapse of local infrastructure, such as regular bus services, and the closures of pubs, shops and post offices, severely limits the daily social contact opportunities for elderly people in isolated villages.

“When a post office closes, the community not only loses the post office, but also a community hub, access to government services and, vitally, daily social interaction,” it says.

Even elderly people living with their families and in care homes can be affected by loneliness, the report warns.

The report says rural communities have more elderly members than other parts of Britain, with about half of the rural population aged over 45, compared with 36 per cent living in major urban areas.”

This article was written by Tim Ross, Political correspondent for the Telegraph.