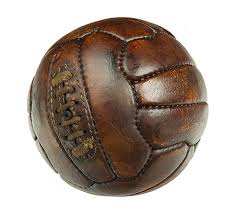 I ask, “With the likes of Wayne Rooney being paid hundreds of thousands of pounds a week should there not be a fund to support those former players living with football related brain injured dementia?”

Former Liverpool striker Ian St John has called on football’s leaders to look after former professionals who have dementia and Alzheimer’s disease.

The 78-year-old ex-Scotland international says several of his old team-mates are affected.

He believes it is as the result of heading heavy footballs in the 1950s and ’60s.

“People of our era, the balls we played with were big, heavy things,” he told BBC Radio 5 live.

“To lift them up to take a throw-in you’d have to do special training, and the conditions we played in – snow, rain and mud – and we trained with these things as well, every day, heading practice as well.

“Whether this problem of dementia hastens the end of your life or not I don’t know, I’m not a medical person – but what I am saying is these were my pals, these were the guys I played with and they have got these problems.”

St John believes football as an industry should help ex-pros with care costs and said: “If someone needs special care as a result of their career and their career was football, then football should pay for that.”

The Football Association said it was committed to supporting research into degenerative brain disease among former players.

St John’s former Liverpool team-mate Geoff Strong, who won the FA Cup in 1965 alongside the Scot, died aged 75 from Alzheimer’s in 2013 while last year it was revealed that three members of England’s 1966 World Cup squad – Martin Peters, Nobby Stiles, and Ray Wilson – have the condition.

He was originally diagnosed with early-onset Alzheimer’s disease, but a re-examination of his brain found he had died from chronic traumatic encephalopathy (CTE) – a progressive degeneration caused by repeated head trauma.

St John praised the work that Astle’s family have done through the Jeff Astle Foundation, which aims to raise awareness of brain injury in all forms of sport.

But he still believes the Professional Footballers’ Association and other football authorities can do more to help former players and the families who are caring for them.

“The game is awash with money, absolutely, so you can’t turn round and say it’s a finance thing,” said St John, who played 336 times for Liverpool, scoring 95 goals.

Last year, the FA said it wanted world governing body Fifa to investigate whether former players have dementia as a consequence of playing the game and added that it took concerns about concussion and head injuries “extremely seriously”.

“In 2015 we established an expert panel which led to the publication of the FA concussion guidelines,” it said.

“The expert panel further agreed that research is particularly required into the issue of whether degenerative brain disease is more common in ex-footballers.