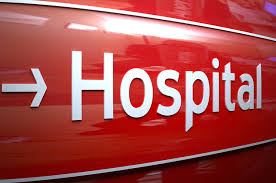 Following hospital discharge the elderly are missing out

Older people are missing out on help needed after a hospital stay because of confusion about what services councils should provide, a charity says.

The WRVS wants local authorities to provide services that allow people to live independent lives when they get home after treatment.

It says there are huge inconsistencies in the services delivered by councils and health boards.

The Welsh government says it is working to support independent living.

The charity, which raises awareness about issues facing older people, has examined reablement services available across Wales – those services that help people with poor health live as independently as possible in their own homes.

Its report found that there were inconsistencies in the services delivered by local authorities and health boards, despite the Welsh government identifying it as a vital part of social services reform.

It also said that because there is no standard definition of “reablement”, there is confusion about which services it covers, resulting in the appearance that some local authorities spend more on it than others.

“It prevents people becoming dependent, prevents them needing to go into care.

“Reablement focuses on how you can help people to really start to take responsibility and maximise their own independence so they can live the life they want to live.

“Whenever we hear older people talk about what they want it’s about staying in their own home.

“It’s about doing all those things that are important to them, whether that’s playing with their grandchildren, seeing their friends, being in contact with their family.”

She added that occupational therapy was an important part of reablement, so that the needs of older people can be met, such as ensure they have the right facilities to shower safely.

The charity has called on the Welsh government to develop a framework for Wales, outlining what exactly is meant by reablement and what features public bodies should provide.

Dr Ed Bridges, WRVS public affairs manager for Wales, said services should “focus on not just their physical well-being, but their social and emotional well-being as well”.

“The Welsh government is right to identify reablement as a vital part of social care in Wales but they now need to clear up any confusion about what services should be offered by public bodies,” he added.

Olive Brogan who receives care from the WRVS, said without visits from her carer Carol, she would be entirely alone.

“Carol comes once a week and she gives me an hour and sometimes she takes me shopping or into town, wherever I want to go. Without that I don’t know what I would do,” she said.

She added that it was hard for many people to understand her situation.

“They don’t realise – of course, you can’t expect people to realise what it’s like unless they have gone through it themselves, you know,” she said.

“You tell them and they sympathise with you but when it comes down to it they don’t really know.”

I first shared this in 2012 and to be honest the situation has worsened with beds being blocked in hospital as support services fail to work together to compile care packages in the community.