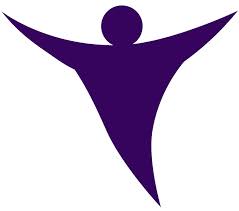 The logo of the Purple Angel has become synonymous with dementia and is now globally recognised. I am a Purple angel ambassador and my role is to raise awareness about dementia. There are now over 190 ambassadors globally and the numbers are growing. We have a strong team ethos and welcome new members to our Facebook pages Dementia Aware and Purple Angel Ambassadors. There is also a Purple Angel website

I am delighted to say I am working with the airline giant Virgin to help customer facing staff learn how to help customers with dementia and I am able to share this press release.

Virgin Atlantic are working with the Purple Angel Association to give employees a greater understanding about dementia and how best help any passengers with the condition. Specially made videos and fact sheets are being designed and will shortly be available to staff members via their intranet and in training sessions.

Established in 2013 by Norman Mc Namarra who himself has early onset dementia, the Purple Angel has rapidly become a globally recognised logo with nearly 200 volunteer Ambassadors worldwide.

Local and National businesses encourage employees to recognise that customers with dementia may have particular needs and how to help them. Displaying a Purple Angel sign indicates to customers that staff have an understanding which helps to reduce stigma and isolation.

Here is a short community radio interview I did recently to raise awareness about the work of the Purple Angel and below it is a longer introduction to it by one of the founding members Jane Moore.

I would like to share with you the story of its evolution. This was contributed by Jane Moore of the Camelford Dementia Alliance.

I am Jane Moore and I have a mother who has Alzheimer’s Disease and Vascular Dementia.

I clicked on a site on Facebook and became friends with Norman McNamara and his wife and carer, Elaine, whom he refers to as “His Angel”, from Torbay. He was raising awareness of dementia in his area and asked if anyone could design a logo for him. I doodled an angel and coloured it purple and Norm added his flair. Norm took the angel around Torbay shops and businesses to raise awareness and ask for support. He got it.

I then asked my local shops and businesses (over 400 in all) to learn about dementia so they could better support those with the dementia and their carers – Camelford, Boscastle, Delabole, Launceston, St Teath. St Breward and Blisland. Bude are also joining in 2014.

The Alzheimer’s Society helped with some printing and the Advent Horse and Dog Show kindly donated £50. Launceston Rotary Club donated £50 for logos for the town centre and Webbers Estate Agent, Launceston, also helped with printing. I held some plant sales and a tombola.

This was all achieved with no other funding. Virtually everyone I met was happy to ask their staff to read two pieces of information and support people with dementia. We visited shops, schools, GP surgeries, First Responders, Hospitals, Hotels and Scouts – in fact anyone who would listen.

Our many new friends on the internet were in awe of the new emblem and decided to adopt it. All over the world people were taking to the angel as their guardian, giving support and hope. Norman and I continue to “fly” the angel to all who need comfort, raising awareness and supporting those who feel isolated.

With the help of Professor Sue McFadden of Wisconsin setting up memory cafes and dementia friendly communities, with Lori la Bey, The Michael Ellenbogen Movement and the support of countless others, the angel is spreading its wings across the USA. A big step forward is a wristband project in Florida set up with tireless campaigning from Gary LeBlanc, which is now spreading to other hospitals in the US and Britain.

Ostrich Care UK are now supporting the campaign by sending out posters and stickers all over the world and providing free GPS tracking devices for people with dementia in the UK (Monthly maintenance fee applies). Over 100 Purple Angel/Ostrich Care Ambassadors have been inaugurated globally to spread the campaign even further. www.ostrichcare.co.uk

Canada asked to use it; Germany; Italy; Australia; New Zealand, Sri Lanka, Singapore; Nepal, Indonesia; India, Romania and many others. This purple angel emblem is now displayed in many shops and businesses not just here in Cornwall and in Devon but all over the UK – and the world. Alzheimer’s Disease International now recognises the purple angel on their global webpage and The Mental Health Foundation, Age UK Devon and Cornwall Carers also support us.

This is a free angel and can be used for raising awareness of all dementia across the globe. This little purple angel has been adopted by many people as a symbol of hope and the symbol of the angel and the globe was designed by Lynette Richards and Jeff Talbot.

Purple Angel in the Media