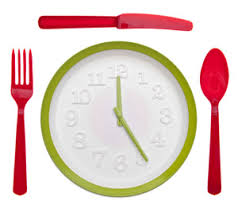 We all love good food don’t we ?

The smell of a delicious meal cooking tempting the taste buds and stimulating the appetite. I have previously written about cooking for the elderly and how to encourage someone elderly to eat well who has lost their appetite.

I had the prime example of an elderly person who has lost their appetite over the last two days. Yesterday my client said he was off his food but his eyes lit up when I offered to cook scrambled eggs on toast for him. Today he had only had some dried up spam and corned beef for lunch and said he was living on Weetabix (other breakfast brands are available !!!).

I cooked him a supper and also a lunch/supper for the following day. Even a ready made cottage pie looks better dished up neatly on a plate and tastes better than being eaten out of the plastic cooking container!

I am buying him a Slow Cooker tomorrow and am going to prepare casseroles for him. As he said if he smells something tasty cooking he may feel like eating more. A batch of casserole can be frozen for later and provides a hot and nutritious meal that is soft and easy to eat if you have false teeth and poor sight.

As a younger person we may have a ready meal and even dare I say it – eat it out of the cooking container, that is our choice. We could cook,we could put in on a plate and make it look appealing.

An elderly person eating it from the container because they can no longer cook for themselves and don’t want the effort of any washing up – what message does that enforce to them ? I am useless, incapable and old.

We in the Uk are a nation of food wasters. If you cook more than you need ask an elderly person you know nearby if they would like a meal. It won’t offend them (hopefully) and they will be touched you thought of them.