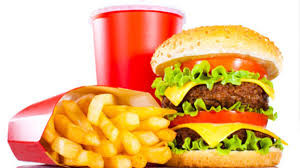 Link found between diabetes and alzheimers.

High levels of the hormone insulin, brought on by a bad diet, may harm the brain in the same way that the muscle, liver and fat cells are affected by type two diabetes.

Exposing the brain to too much insulin could cause it to stop responding to the hormone, hampering our ability to think and create new memories and ultimately leading to permanent damage, researchers said.

A diet high in fat and sugar has long been linked to a higher risk of Alzheimer’s, while studies of health among large populations have shown that a healthy Mediterranean diet may offer some protection.

In type two diabetes, eating too much fatty and sugary food raises our insulin levels to such a consistently high degree that our muscles, fat and liver cells are no longer affected by the hormone.

This means that the amount of glucose and fat in our blood is allowed to increase unchecked, forcing the pancreas to produce even more insulin to try to cope. Ultimately it becomes exhausted and production drops to very low levels.

A small-scale trial on human patients at Washington University found that those who were given a nasal spray containing insulin were better at remembering details of stories, had longer attention spans and were more independent.

A further trial on 240 volunteers showing early signs of dementia will provide further clues as to whether the spray can protect memory and learning ability and keep track of brain changes in patients.

A study on rats by experts from Brown University suggest that a similar process could affect the brain, which relies on insulin to regulate nerve signals related to memory and learning and to produce energy from glucose.

Researchers found that blocking insulin from rats’ brains made them disorientated and unable to find their way out of a maze because they could not remember where they were.

Examination of their brains showed the same pattern of deterioration seen in Alzheimer’s patients, including increased levels of the amyloid plaque which is a key hallmark of the condition.

If the theory is correct, it means eating more healthy foods and exercising more could reduce the risk of Alzheimer’s, and potentially reverse or slow down the memory loss in patients with the condition.

“I believe Alzheimer’s starts with insulin resistance. If you can avoid brain diabetes you’ll be fine. But once it gets going you are going to need to attack on multiple fronts.”

( This information was first seen online thanks to the Telegrapgh) 2012

If you use this link to shop on Amazon I earn a 5% commission at no additional cost to yourself. This goes towards funding Admiral Nurses for people with dementia. It is money for nothing and provides such vital support. Please help me to help others and spread the word. Thank you. Caron.