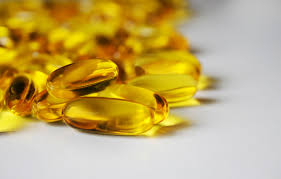 Findings of a recent trial show that women aged over 65 who received omega-3 fatty acids gained almost twice as much muscle strength following exercise than those taking olive oil.  A larger trial is planned to confirm these findings and to determine why muscle condition improves.

Some studies have linked diets high in omega-3 – commonly found in oily fish such as mackerel and sardines – to potential health benefits, such as a lower risk of coronary heart disease and dementia. During healthy ageing, muscle size is reduced by 0.5-2% per year. This process – known as age related sarcopenia which can result in frailty and immobility in old people.

According to Dr Stuart Gray from the University of Aberdeen, the cost of sarcopenia is immense; either in direct nursing and care costs or in hospital admissions through falls. “Around one-and-a-half percent of the total US healthcare budget is spent on sarcopenia-related issues”, he said. Little is known about the prevalence of sarcopenia in the UK, but data from the US shows that 25% of people aged 50-70 have the condition and this increases to more than half of those aged over 80 years. It has also been found that a moderate exercise regime and regular fish oils can help to keep immobility at bay.

Half the women were given the omega-3 fatty acids EPA and DHA, whist the other half received an olive oil placebo (negative control).

At the start and end of the trial, the women’s leg muscle strength was measured.

The results were compelling. Women receiving olive oil increased their muscle mass by 11% whilst those receiving EPA and DHA showed a 20% increase – a statistically significant improvement.

But as Dr Gray was quick to point out, not all fish oil supplements contain beneficial amounts of these fatty acids.

His advice for anyone wanting to improve their intake of dietary EPA and DHA was to take a supplement that contained the highest levels of these two fatty acids. Alternatively, half of the average portion of oily fish contains equivalent amounts of beneficial EPA and DHA as those used in the trial.