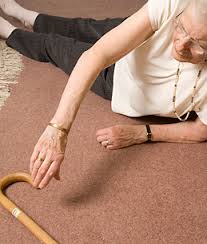 Why do many older people ignore advice about falls ?

Many older people consider fall prevention advice as irrelevant to them, falls affect people older than them is the view held by many over 75’s in a study of those who had fallen recently!.

Many of those studied rejected the idea that they are at risk of another fall and this was either because they were genuinely confident of their capabilities and also some felt that to accept that they are ‘at risk’ may cause them to feel stigmatised and elderly and frail.
Some people who have fallen refuse to accept that another fall is possible because they attribute their falls to momentary inattention or illness rather than a vulnerability. Others accepted that they were at risk of subsequent falls but also that they were unavoidable part of ageing.

The facts are that in the over 65 age group one in 3 will fall each year and this rises to half those aged over 85. Contributory factors include;