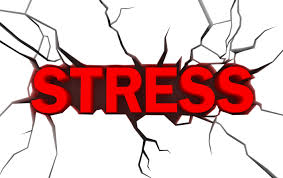 UK experts are to begin a study to find out if stress can trigger dementia.

The investigation which is being funded by the Alzheimer’s Society will monitor 140 people with mild cognitive impairment which is also known as “pre-dementia” and look at how stress affects their condition.

The researchers will take blood and saliva samples at six-monthly intervals over the 18 month study to measure biological markers of stress. It is hoped that this work will reveal ways to prevent dementia.

It is said the results could offer clues to new treatments or better ways of managing the condition.

People who have mild cognitive impairment are at an increased risk of developing dementia – although some will remain stable, others may improve. Something such as

Prior research suggests mid-life stress may increase a person’s risk of Alzheimer’s disease.

A Swedish study that followed nearly 1,500 women for a period of 35 years found the risk of dementia was about 65% higher in women who reported repeated periods of stress in middle age than in those who did not.

Scottish scientists, who have studied animals believe the link may be down to hormones the body releases in response to stress which interfere with brain function.

Prof Clive Holmes, from the University of Southampton, who will lead the study, said: “All of us go through stressful events. We are looking to understand how these may become a risk factor for the development of Alzheimer’s.