We all know we should be doing 20 minutes aerobic exercise at least 3 times a week according to Government guidelines, but as we get older this can be harder.

I remember the first people to feature walking football were Barclays Bank in 2014, and I thought then it was a fabulous idea. There are now 980 venues offering walking football. I live in Devon and we have 23 which is pretty good as we also have an above-average older population.

There are also walking football leagues for women, why should they be left out, and like any football matches referee abuse does occur and will not be tolerated.

The game  is aimed at keeping people aged over 50 involved with football if, due to a lack of mobility or for other reason, they are not able to play the traditional game. The sport, a variant of association football can be played both in and outside.

Walking football was devised, during 2011, by Chesterfield Community Trust and has become a huge success.

Though based on association football, the key difference in the rules, from standard football, is that if a player runs then they concede a free kick to the other side. – no running allowed!

This restriction, together with slide tackles banned aides both in avoiding injuries and facilitating the playing of the sport by those who are physically disadvantaged. Playing walking football also places the least stress on the body whilst it  helps participants maintain an active lifestyle.

In walking football the game was originally played without goalkeepers the ball must never be kicked above hip height. Different footballs are used in the indoor and the outdoor variations of the sport. 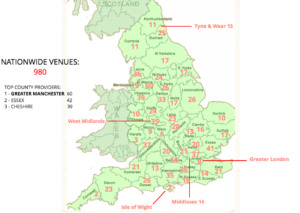 Here is a short video showcasing walking football
Share this...