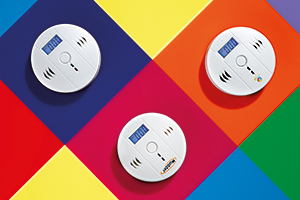 Which reveal  the unsafe carbon monoxide detectors that failed their safety test. Find out how to buy a safe one and avoid the models that put you risk.

A Which investigation has led to 10 dangerous carbon monoxide alarms being removed from sale by Amazon and Ebay.

Their independent tests revealed that a group of cheap and imported carbon monoxide alarms,widely available online, failed to detect the killer gas in more than a third of their tests.

All of the unreliable and dangerous alarms claimed to meet the EU safety standard (EN 50291) for carbon monoxide alarms. However,the results of their lab tests lead them to believe that these claims are false.

These three dangerous carbon monoxide alarms collectively failed 26 out of the 72 gas tests. They also come with potentially unsafe instructions advising owners to not install in the kitchen, where in most UK homes you’ll find the gas boiler.

Following the three alarms failing the Which lab tests, they  purchased eight more identical alarms from Amazon, which sells dozens of lookalike brands that they were equally concerned about.

Seven included the same dangerous installation advice, which could lead to the alarm being fitted too far away from the source of carbon monoxide to be able to detect the gas.

Four claimed they were ‘Calibrated per EN 50291’, the EU safety standard, but Which believed these claims are false.

Which? are pleased that 10 dangerous carbon monoxide detectors have been withdrawn from sale following the investigation, but  with many alarms indistinguishable from those that failed tests are still for sale on Amazon, Ebay it is a case of buyer beware.