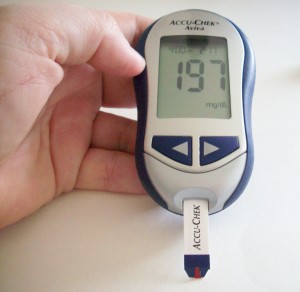 Diabetes is a long-term condition caused by too much glucose (sugar) in the blood.

In the UK, approximately 2.9 million people are affected by diabetes. There are also thought to be around 850,000 people with undiagnosed diabetes.

Type 2 diabetes occurs when the body doesn’t produce enough insulin to function properly, or the body’s cells don’t react to insulin. This is known as insulin resistance.

It is far more common than type 1 diabetes, which occurs when the body doesn’t produce any insulin at all. In the UK, about 90% of all adults with diabetes have type 2 diabetes. Experts attribute this rise to diet and obesity.

It usually affects people over the age of 40, although increasingly younger people are also being affected. It is more common in people of South Asian, African-Caribbean or Middle Eastern descent.