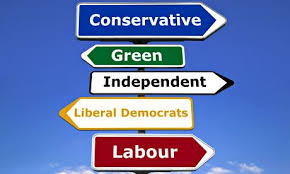 Here goes!
I never used to think of myself as politically minded. One day I was with a care home owner I was interviewing for a Devon Life article, and he said “Take off your political hat”. It was then, I realised I had one.
Sadly since then, I have gone from a Kippah ( small Jewish hat…. I had to Google it) to a flipping huge sombrero!
Yes, of course, it is all about social care for me. I don’t want to play the party leaders off against one another – ok, maybe I do! Corbyn, promises the world but will bankrupt the UK in delivering and I have it on fairly good authority he talks the “I care about care issues” talk but doesn’t have the shoes for the walk.
Teresa May.Well without wanting to offend and insult the daughter of a clergyman, but where is her heart… Papworth ?
Her plans to raise the care cost cap to £100k is a drop in the ocean with the average home valued at £240k. Her attitude to migrant workers is short sighted, who does she think will work long hours for minimum wage if she fines companies who employ people from outside the UK.
I have always voted Tory, apart from when I accidentally voted in Tony Blair. The excitement of our “Election Party” the morning after our wine and Pizza was soon dulled by debts, debts and more debts and then Iraq!
Are they getting my vote this time? Not on your nelly, I am now yellow, jaundice has set in. Tim Farron said yesterday, the Tories were heading for a landslide victory and he hopes to merely secure enough seats to challenge Tory decisions,
Well, I wish you well Tim and suspect in view of the opposition you may do better than you expect. You may not be planning to abolish tuition fees ( We are £40k worse off due to this, as our son is a trainee lawyer) but if you look after us in old age – all will be well. Well, that’s what you are promising.
Don’t let us down. Be a man of the people, but put our money where it’s needed most and don’t waste it. Elderly people are suffering and their families too, understand this and listen and believe that maybe you can make the difference everyone else is failing to.
Share this...