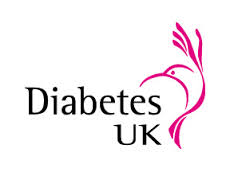 The cost of diabetes is not only measured by those living with the disease but it also has far reaching financial implications.

The journal  Diabetic Medicine once stated that most NHS spending on diabetes was wasteful and that more frequent health checks and risk assessments could reduce this.

It was suggested that up to 80% of the £9.8bn annual spend on diabetes went on treating preventable complications of the disease.
Experts said much of this was preventable with health checks and better education – something the Department of Health is  now tackling.

It was stated  by Baroness Barbara Young, Chief Executive of Diabetes UK that if the rise in diabetes continued it would be disastrous for the NHS budgets.

There are currently 3.8 million people living with diabetes in the UK and the cost of treating later onset type 2 was costing £8.8 billion per year in comparison to the £1 billion bill for type 1 which usually starts in childhood.

Baroness Barbara Young, from Diabetes UK – one of the charities involved in the Impact Diabetes report – said: “The report shows that without urgent action, the already huge sums of money spent on treating diabetes will rise to unsustainable levels that threaten to bankrupt the NHS.

She said: “We need to make sure… that we prevent people getting diabetes through good risk assessment and early diagnosis to prevent spending on avoidable complications.”

A Department of Health spokeswoman said that this was something they were doing as diabetes is a very serious illness and has a large impact on the NHS. They are tackling the issue on 3 fronts