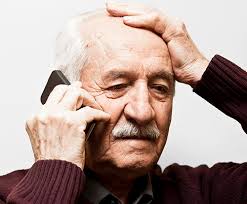 Did you know it is estimated that 85% of adults receive at least one nuisance call on their mobile phone each month and a record number of complaints were made last year about these unsolicited calls. Apart from being annoying we also need to ensure that the elderly are not at risk of becoming victims of phone scams as more and more of them embrace technology.

I was contacted by Callum at Tiger Mobiles who thought their guide to stopping nuisance calls to mobile phones would help to protect the elderly. I am delighted to share some of their good ideas and suggestions and provide you with  a link to their very comprehensive guide of steps to take to stop nuisance calls to mobile phones. This will also be added to my resource page for future reference.

Some interesting statistics included in the Tiger Mobiles guide are that; 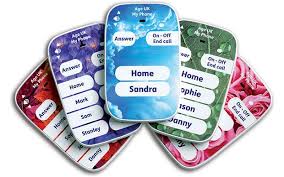 People Who Are Most At Risk For Nuisance Calls – The Elderly

While anyone can be the victim of a nuisance call, some groups of people are especially vulnerable. For example, the elderly and single parents may receive an unusually high number of nuisance calls relative to the general population.

In fact, it is estimated that while the average UK resident receives 7 nuisance calls a month, 40 per cent of the phone calls that older and vulnerable residents of Scotland receive are nuisance  calls.

These statistics were discovered by Angus Council, East Dunbartonshire and East Renfrewshire, three of the country’s trading standards authorities.

Additionally, the The Financial Ombudsman Service found that roughly 80 per cent of individuals who were scammed out of their savings were over 55. About one in five was over 75.

The elderly are especially vulnerable to these nuisance calls. Malicious individuals or organisations often prey on them, attempting to get personal information or have the senior hand over his or her life savings.

Some firms try to entice elderly victims with prize winnings or send begging letters. Of course, there is no prize waiting for the victim.

Another scam promises the victim lottery winnings, usually from outside the state or country. And, the senior doesn’t even have to enter. In fact, these organisations contact victims, telling them that their name was drawn at random and they’ve won. Incredible! They didn’t even enter any contest.

The only stipulation is that the elderly victim pay some fee or administrative cost before the money is released. Elderly people tend to be inherently trusting, and so they hand over the cash, but never receive the prize winnings.

Yet another scam involves unlicensed financial advisors who attempt to sell seniors unregulated investments which may jeopardise their life savings. While the recent banning of commissions has eliminated many commission-driven fraudsters, the practice of cashing in a pension pot is still a problem for many.

Fortunately, up to 98 per cent of these nuisance calls can be blocked using special call-blocking technology.

One way to make sure you’re never a victim is to selectively block calls from numbers you don’t know or recognise. The two major platforms that support advanced call blocking are:

When you want to block a number on the iPhone:

If you want to see a list of blocked numbers, navigate to Settings > Phone > Blocked.

Truecaller is an app for iOS devices that helps you peek behind the curtain of a phone number to learn who’s really behind the call. Get enhanced call ID information, search for any number to see who it belongs to, and link directly to Yelp! and other social networks to find the identity of the organisation making the call.

This app makes blocking spam and scammers much easier.

Android also has powerful options for blocking calls. All you have to do is:

As with iPhone, Truecaller for Android can help you block unwanted calls on your Droid. Install the app and use it as you would on iPhone.

Useful Numbers to keep at hand.

If you think you or someone elderly has been a victim, ring Action Fraud on 0300 123 2040 or visit the website at http://www.actionfraud.police.uk/.

If you suspect something is a fraud, but you haven’t been scammed yet, ring 08454 04 05 06 and tell the Citizens Advice Consumer Service and tell them so they can pass the information to Trading Standards.