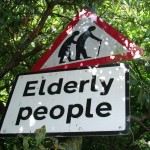 Shingles jabs for the elderly

People in their 70’s across the UK will be offered a vaccine against shingles from this September.

Experts have been recommending routine immunisation against the disease, which causes a painful rash, for some years.

The government-led programme will target 70 and 79-year-olds in the first instance and should prevent tens of thousands of cases a year.

Elderly people are at greatest risk and vaccination should prevent nearly half of cases in the over-70s.

It is estimated that, in England alone, around 800,000 people will be eligible to receive it in the first year.

Marian Nicholson, Shingles Society: “The new vaccine is really exciting for us”

Until now, some individuals have paid between £150 and £200 to get the vaccine privately.

Over the next few years, the programme will expand to more of the 70-79 age group across the UK until it is fully covered.

Thereafter, the jab should only need to be offered to people as they reach their 70th birthday.

Shingles is caused by the same virus as chickenpox, herpes varicella zoster.

The illness affects the nerves and skin. In severe cases it can cause complications such as hearing loss or brain swelling.

Who is eligible for the vaccine now ?

Marian Nicholson, director of the Shingles Society, told the BBC: “In some unfortunate people, shingles leaves permanent nerve twinges, aches, stabbing, burning – any sensation that a nerve can make can be left behind.

“This can be non-stop, day in, day out, but equally it can be coming and going, and it is most likely to happen in people who are older.”

How does shingles occur ?

Shingles happens when an old chickenpox infection is reactivated.

The virus can remain inactive in the nervous system for decades, with the body’s immune system keeping it in check, but later in life it can flare up again and emerge, this time as shingles.

A Department of Health spokesman said: “Shingles can be a nasty disease for older people and can lead to long-term health problems for around 14,000 people each year.

“This new vaccine can prevent some of the most serious cases, giving people the chance to live without the discomfort and pain that shingles causes.”

The rash often appears in stripes across the body

Prof Adam Finn, a vaccines expert at the University of Bristol, said: “There’s a cost involved in both buying and giving the vaccines but there’s also enormous savings from all the disease that you prevent.

“Not only suffering and some deaths but also all the costs of hospitalisation, not to mention all the inconvenience, people taking time off work to look after their children and so on and so forth.”

The shingles jab is one of several changes to the UK vaccination scheme this year.