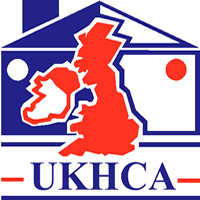 Save Our Home care

Right now in the UK nearly 1 million people rely on home care services provided by both local authorities and privately funded companies. However the home care support network is facing a substantial crisis; historically, the sector has been substantially underfunded and thanks to the recent recession and a drive for the government to pull its belt even tighter – it is estimated that by 2016, funding for home care will face a shortfall of around £753 million.

The United Kingdom Homecare Association (UKHCA) recently launched the #SaveOurHomecare campaign to demonstrate to the UK government how urgent the need for properly funded home care services is. It is part of a wider campaign they have been carrying out in order to bring the sheer importance of home care services to the forefront of the minds of those in power, in a bid to influence Government ahead of the spending review that will take place in November.

The chief executive at UKHCA stated, “If action isn’t taken now, the already chronic funding gap will deepen – putting these vital frontline services at risk. Worryingly, this means people may not get the support they require at home and the stretched NHS will face more pressure.”

The homecare sector is invaluable to the individuals and families that it supports and will have touched everyone’s lives in one way or another and to reduce the funding even further could not only leave elderly, ill and disabled people without the care and attention they both need and deserve, it could place yet another burden on the already overstretched NHS. It is reported that a daily sum of £222,750 of NHS funds are used to care for those in hospital who are not discharged because of a lack of homecare services available to them.

Nicola Mewse, Managing Director at Hales Care, who are actively supporting the #SaveOurHomecare campaign elaborated on the situation, “The UK Homecare system is in danger of collapse. It’s estimated there are currently 1.6m adults with unmet care needs in the UK despite the work of some 500,000 care workers who are dedicated to supporting the vulnerable and elderly of our communities.”

Numerous homecare providers have suffered this year with the additional costs of the New Living wage and the low fees offered to them by local authorities for peoples care. A recent survey by UKHCA found that 74% of providers are having to consider handing back care contracts to the authorities because the prices paid means that they are unable to carry out the required level of care, and only 38% of providers were confident that they would carry on trading within the next 12 months.

Along with providing places in residential care homes for those that need it, funding in homecare services can help to provide services such as home carers, transport, meals and equipment and modifications within the home to aid them in day to day life – there are a number of options for individuals and their families to choose how care is administered to them.

The e-petition itself already has 5859 signatures, over halfway to the 10,000 it needs to ensure that the government responds – furthermore, even it reaches 100,000 the petition will be considered for debate in Parliament, to secure the future of homecare services for ourselves and our loved one – be sure to sign the petition.