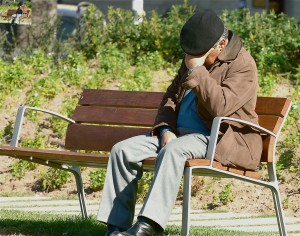 Jeremy Hunt the health minister addressing a conference in October said as a nation  the UK should be ashamed of the way we treat our grandparents.

This report was on the Mail online dated Saturday 19th 2013.

The Health Secretary will warn a million elderly are left forgotten and isolated because friends and relatives fail to visit them.

Citing the example of Asian nations, he will say families should take more responsibility for grandparents and not leave caring to the state.

Mr Hunt, who has a Chinese wife, will say he is struck by the reverence and respect for the elderly in the Far East.

‘In those countries, when living alone is no longer possible, residential care is a last rather than a first option,’ he will say in a hard-hitting speech.

‘And the social contract is stronger because, as children see how their own grandparents are looked after, they develop higher expectations of how they too will be treated when they get old.

‘If we are to tackle the challenge of an ageing society, we must learn from this.

‘It will only start with changes in the way we personally treat our own parents and grandparents. Each and every lonely person has someone who could visit them and offer companionship. A forgotten million who live among us – ignored to our national shame.’

Mr Hunt will make clear that some families have no option but to put older relatives in residential or nursing care and should not be ‘condemned for taking that difficult decision’.

Mr Hunt will give his speech at the National Children and Adults Services conference in Harrogate, North Yorkshire, saying ‘entering old age should not involve waving goodbye to one’s dignity’.

He will add: ‘According to the Campaign to End Loneliness, there are 800,000 people in England who are chronically lonely.

The one point I would however add is that many people would care for their elderly relatives however due to the ever spiraling cost of living in the United Kingdom  they are needing to work more and not fewer hours.

The insulting carers allowance of less than £60 per week does little to help.