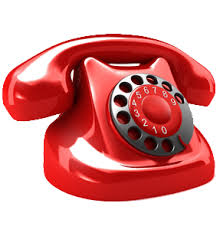 Nuisance calls and how to help protect the elderly

(With thanks to Lyndsey Burton MD of Choose the consumer site discussing money, home media and mobile news)

Nuisance calls are annoying for all of us, but they can be particularly upsetting for older and vulnerable people. The good news is that there are a couple of fairly simple steps we can take that can help reduce the number of unwanted calls we receive.

There are two broad types of nuisance call – those from marketing and claims companies, and malicious calls. While the vast majority we’ll get are from marketers, there are a few simple steps we can take to reduce all kinds of unwanted calls getting through.

The first thing to do is get the phone number being called off as many contact lists as possible. This might sound like hard work but we really only need to register with a couple of organisations, the most effective of which are free to use.

People who receive a lot of live marketing calls should start by signing up to the Telephone Preference Service (TPS), either or by phoning 0345 070 0707. Companies based in the UK are legally obliged not to make live sales and marketing calls to any number included on the TPS list, unless they have prior permission.

It can take up to 28 days for registration to become fully effective, but most people notice a drop in the number of calls they receive very quickly. If the calls continue after the first month, complain to either the TPS,  or using the number above, or to the Information Commissioner’s Office.

Being on the TPS only protects us against live marketing calls. Silent calls can often be more upsetting, because we don’t know who’s calling or why. They tend to be from companies using equipment that can call far more phone numbers than they have agents to deal with – so when we pick up the phone there’s nothing but silence.

We can guard against getting these calls by registering with Silentcall-gard,  or by calling 0800 954 9046. The organisation behind it has a database of all the companies that use automated dialling equipment, and another database containing all the numbers those dialling systems aren’t supposed to call. Signing up adds our number to the no-contact list. If after registering we keep receiving silent calls, complaints can be made to Ofcom.

Another quick but often effective move is to call our phone company and ask to be made ex-directory. Combining all three of these steps can make a really big difference.

Malicious calls are much more serious, but fortunately they’re far rarer. Anyone who does receive a malicious call should contact their phone company straight away and ask to speak to the malicious calls team. If the call involves a threat of any kind, contact the police as well. Ofcom have a good simple guide to dealing with such calls available here .

It’s also worth considering getting a phone that can block certain types of call.

A good home phone will include features designed to keep us in touch with the people we want to hear from, but block those we’d rather not talk to. The best come with a “do not disturb” function, which only lets through calls from the numbers we choose, like those of our friends and family. Other calls will be diverted to answerphone or voicemail, so we can check them later.

All the phones reviewed in the linked article can block calls of certain types, like those being made from abroad, or from withheld or anonymous numbers. When it comes to nuisance marketing calls, this can be much more useful than the ability to block individual numbers, which most phones can also do.

Getting the most out of these phones usually means asking our phone company to activate caller display, which connects the incoming number with any matching details in the phone’s address book, making it easy to see instantly whether it’s someone we know or an unfamiliar number. Some phone companies charge for caller display while others offer it free. But getting the right home phone can at least save us from having to pay for other useful features like anonymous call rejection or the ability to block numbers.

As more of us have mobile phones, protecting them from nuisance calls and texts is also important. The good news is that the TPS and Silentcall-Gard accept mobile numbers, although they can only protect against calls. Nuisance texts can be more difficult to spot and deal with, but we’ve covered some of the ways to tackle them, as well as more on all of the above.